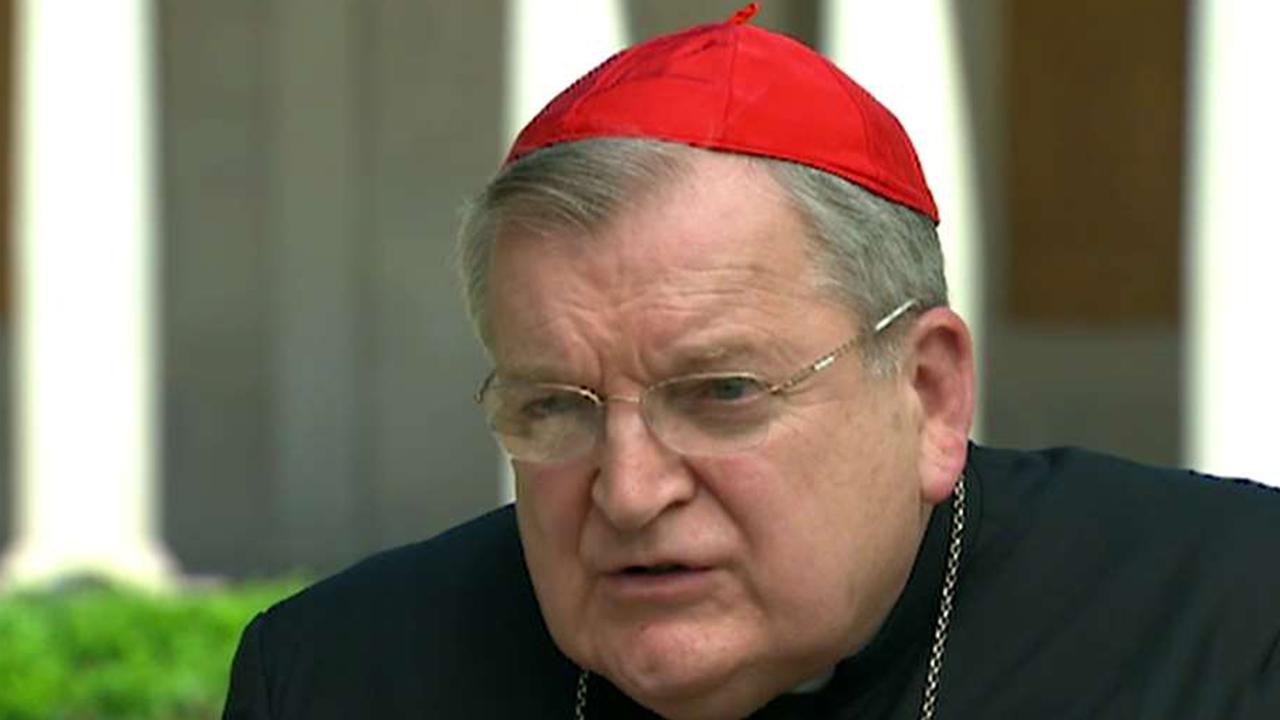 By Joseph A. Wulfsohn | Fox News

Vatican judge says the Catholic faith is under attack in DC

Raymond Leo Cardinal Burke weighs in on politicians claiming to be followers of faith and the state of Catholicism in Washington.

Raymond Leo Cardinal Burke weighed in on the field of 2020 Democratic candidates and how some who describe themselves as Roman Catholics conflict with the religion.

“I’ve had non-Catholic leaders of government in this nation tell me that they were certain that the Catholic teaching on abortion and so-called same-sex marriage have changed because so many Catholics on Capitol Hill are regularly supporting this kind of legislation. And that’s a scandal,” Cardinal Burke said in an exclusive interview on Fox News’ “The Story with Martha MacCallum.”

Burke also offered a warning to presidential candidates who say they practice Catholicism but may not “present themselves” to receive a communion due to their politics, particularly former Vice President Joe Biden, who recently abandoned his support for the Hyde Amendment after saying for decades his faith was the reason why he couldn’t back government-funded abortions.

“It’s not a punishment. It’s actually a favor to these people to tell them don’t approach,” Burke said, “because if they approach, they commit sacrilege.”Video

The cardinal also called for an apology from Sen. Kamala Harris, D-Calif., who grilled federal Judge Brian Buescher over his affiliation with the men’s Catholic service group Knights of Columbus, asking him if he knew when he joined the group that it was an “all-male society” that “opposes a woman’s right to choose” and “marriage equality.”

“This is completely unacceptable,” Burke said. “I mean, I think you’re an everyday citizen whether you’re a Catholic or not, you need to look at that kind of statement for what it is and say this isn’t a person who I want to be the leader of my nation.”Joseph A. Wulfsohn is a media reporter for Fox News. Follow him on Twitter @JosephWulfsohn.